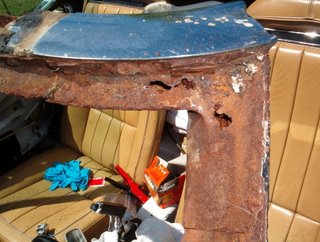 This is the upper drivers side 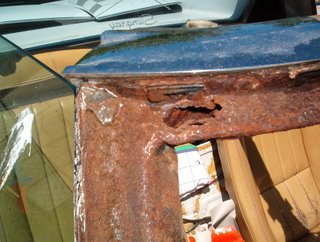 This is the upper passenger side 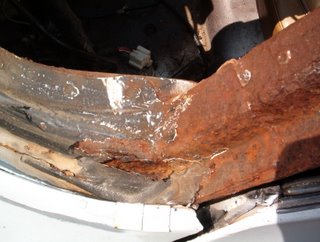 This is the lower driver side 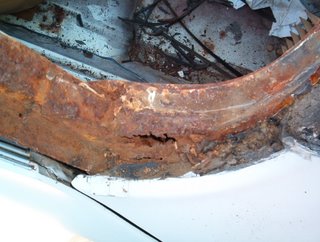 This is the lower passenger side

This makes for good reading, if you like horror stories! 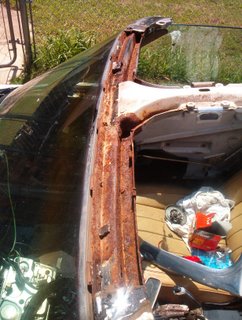 All right, got the T top trim off and vacuumed out the top windshield frame channel. It was full of rust flakes that General Mills would have been proud of! 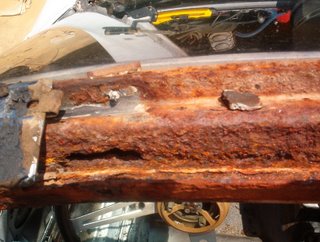 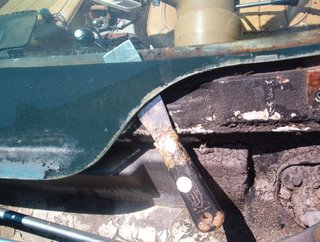 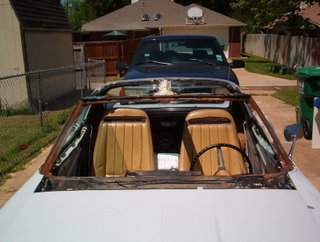 We spent last month removing all the trim from around the T and windshield. We also got the windshield out in one piece! The surround was so deteriorated that I was able to just pull it off with my hand! Kyra found large gaps between the glass and the frame and ran wire through it without any trouble. The wire she had was too weak and didn't use it. All I used was a putty knife! I carefully stabbed the knife between the frame and glass all around. From the picture you can see that I already removed the bottom clips.

Took me just a few hours of stabbing and scraping with the blade but over two days. The second day I was really excited but was fighting the lower end about where the knife is in the picture. Toward the passenger side there was a big glob of sealant and once I got through it, POP! I knew the glass was going to come right out! We laid out a cargo blanket on a table to put it on. As we pushed the glass out from the inside, you could hear the crunshing sound of the rust being disturbed and walked it over to the table! There was actually a ring of rust around the windshield where it was sealed to the frame! 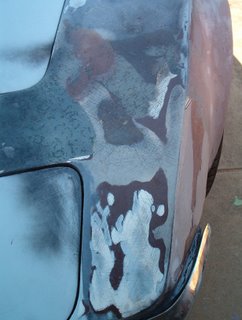 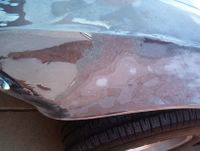 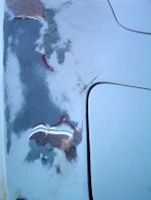 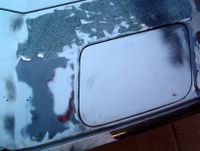 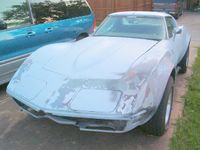 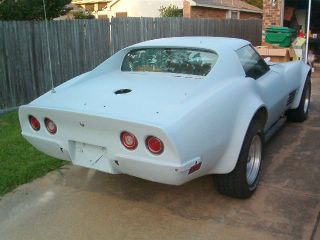 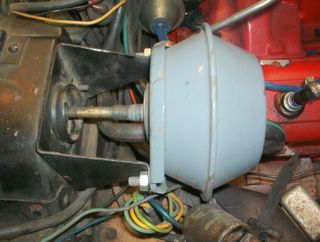 Wiper door actuator. Red line on firewall side, green on the engine side. 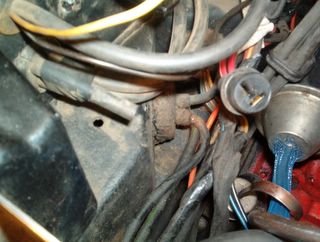 (Upper vac hose wrapped in tape) Passanger side vac line entrance into the firewall. Yellow and red lines going to the wiper control switch. The third that looks cut is an atmospheric vent hose from the switch. The lower set of vac lines I believe are going to the heater/ac unit controls. 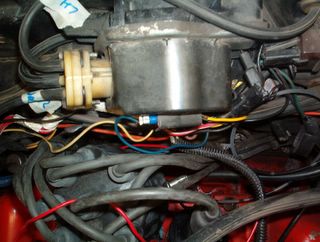 Yellow wire comes from the wiper motor and plugs into the driver side bung. 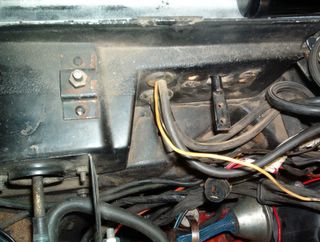 Yellow wire goes to the switch on the left side. Looks to be activated by the hood but ? 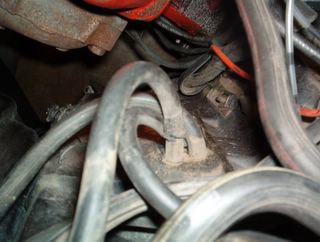 Vac lines on driver side firewall to maintenance switches between driver's legs. Entrance is just right of the vacuume power break (View is top down) Stripes are Yellow to the check valve (under dash?) and white to the switches. 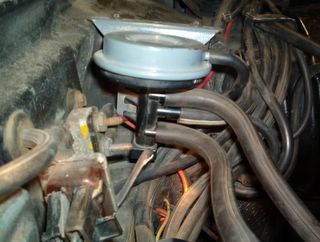 Vac relay for the wiper door. Top to bottom; Red, White, Green. The red and green lines goto the actuator asm. (View is along the firewall towards the driver fender)

My dad just traded pink slips for his 197? El Camino for a 1970 Corvette... and handed me the keys! The catch? I live in Texas, and my folks live in Colorado! So I wait until I get vacation time in May to bring it home!

More to come and pictures soon!